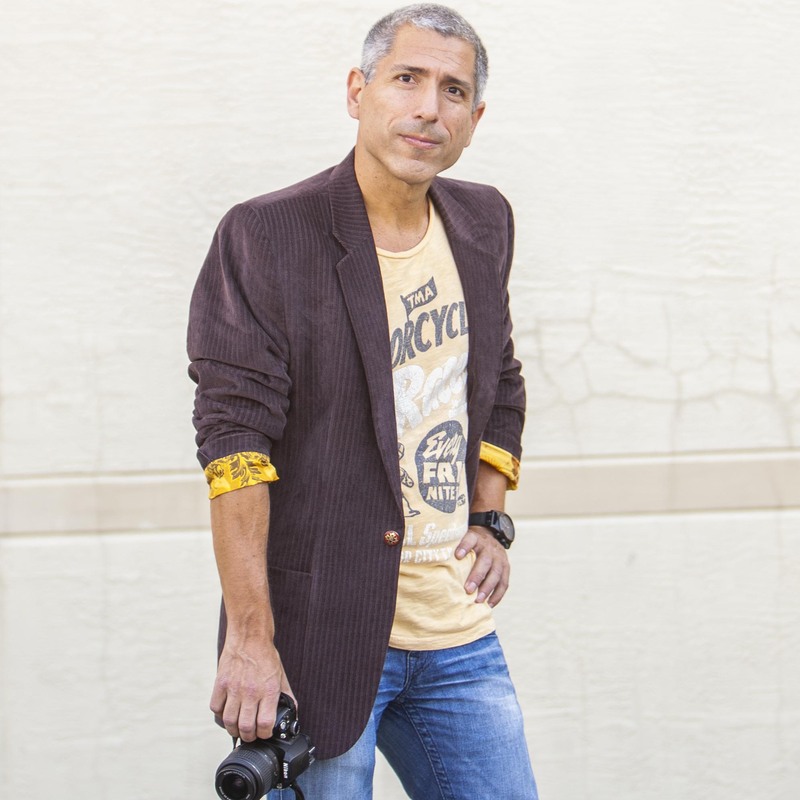 Biography
With over ten years of experience, Humberto Vidal’s body of work combines fashion, fitness, and fine art photography. His images embody the elegance of the human form and the eroticism of it in the nude.

Vidal grew up between Elizabeth, New Jersey, and Caracas, Venezuela. There was no formal degree in photography in Venezuela, so even though he was interested in photography as a young adult, he pursued a career in business instead. After receiving his bachelor’s degree, he went into the aviation field, where he worked for 15 years.

While in aviation, his work offices were in front of the Caracas Museum of Contemporary Art and Museum of Fine Arts. Vidal visited the museums at least three times a week. Inspired by the art he saw, he decided to start photography as a hobby and enrolled in a Photography degree at The Art Institute of Fort Lauderdale. Vidal began considering taking up photography as a full-time career after receiving commissions even before graduating. Once he graduated, he made a career change and seriously pursued a career in photography by 2010.

Vidal’s photographic work has appeared in various group exhibitions. He notably participated in the American Society of Media Photography exhibition in 2016 and was part of the Erotika exhibition at the Art & Design Gallery in the Miami Design District in 2018. Furthermore, in 2010, he was selected as one of the 100 best emerging photographers by Photographer’s Forum Magazine.

The world's best in provocative art

Straight to your inbox

Let us show you something you haven’t seen before. Welcome to Art Provocateur Gallery.

By clicking "Join Now" you acknowledge that you are 18+ years of age and agree to receive the Art Provocateur Gallery newsletter from which you can unsubscribe. You agree to APG's Terms of Use and Privacy Policy.